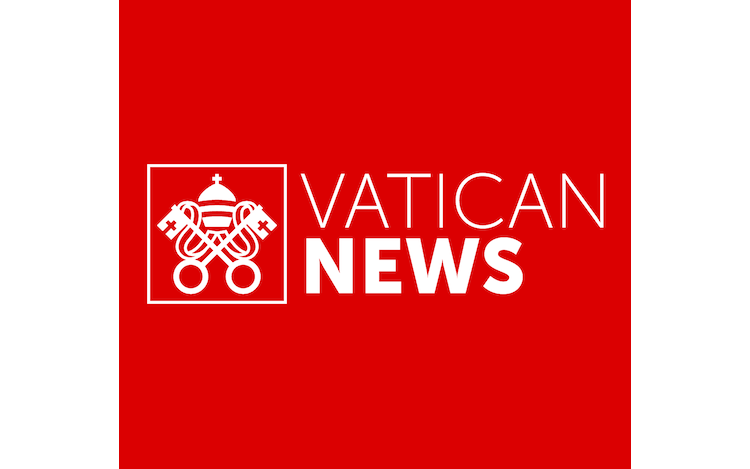 Fr Paul Daisuke Narui SVD, an economist and the Bishop-elect of Nigata in Japan, reflects on how the Church must help make sure post-Covid-19 economic recovery is based on ethical investments that protect the poor and the environment from exploitation and neglect.

As nations and communities across the globe strive to relaunch their shattered economies through investment, innovation, growth and (hopefully) sustainability, the Church has the responsibility to accompany leaders and policy-makers and make sure development is just and sustainable.

As the recently appointed bishop of Nigata in Japan, Father Daisuke Narui of the Society of the Divine Word explains, Catholic economists are warning against investments that may appear fruitful, but that are based on unethical practices and exploitation of persons and/or the environment.

Father Daisuke is an economist, known for his work in peace, justice and the integrity of creation as well as for his advocacy on behalf of migrants.

Since 2018 he is part of the Council on Ethics, an advisory body for Steyler Bank in Germany, an ethical-ecological bank and a Christian finance of the “Steyler Missionare” that creates funds from an ethical point of view. Steyler Bank, which some refer to it as SVD Bank, is the only bank founded by and belonging to a religious congregation in the Catholic Church.

I believe the vow of poverty has some perspectives in religious life and mission. Basically, it is to offer and share everything for God. To do so, we join the poverty of Jesus, who made himself poor and loved the poor. We follow this example, therefore our investment, or even when receiving donations, we must consider that money and goods need to be used in solidarity with the poor. If we help the poor, and at the same time we destroy the environment and the lives of poor people through investment, or if we receive donations from companies that destroy the environment, our work becomes meaningless.

This is basically what Pope Francis writes in his encyclical “Laudato Si”. In concrete terms, you have been a member of the Ethics Investment Council of Steyler Bank in Germany since 2018. What must an investment take into account to be ethical?

I was a member of the Council of Ethics of the Steyler Bank, the SVD bank in Germany. My role in this Council was to bring the local voice, the voice of the SVD religious missionaries in 80 countries bringing the real information regarding the ethical performance of multinational companies. The Steyler Bank listens to such voices, utilizes the information to make its investments more ethical.

As for your question, basically there are two ways to make an investment ethical:

The second way is to promote ethical business, the products and the services which provide environmental benefits and care for people, like renewable energy, equal employment opportunity, contribution for the local community, Corporate Social Responsibility, etc.

So it is important to check the portfolio of the investment products to see whether the investments really go to ethical businesses or not.

The whole world is currently concerned about economic recovery after the collapse caused by the Coronavirus pandemic. Some say that the situation must be restored as quickly as possible in order to avoid more poverty. Others say that this is the chance to start a new form of economics. What criteria should be used as a guide from a Catholic perspective?

As Pope Francis says, the poor, the most vulnerable people should not be left behind. There are so many people who have lost their jobs and many of them, like migrants, have no access to social security. The local Church should be attentive to such people and should collaborate with the local government offices to make social security available to all. Human rights must be respected in such a time.

Just economic activity has always been a concern of Catholic social teaching, but the issue has never been so present as it is now under Pope Francis, the first pope from a developing country. Is it because of the time we are living in, or because of this Pope?

It is difficult question… but I personally think it is both. Obviously economic injustice against the human being and creation is a sign of the times, and Pope Francis has been guiding and animating the world to tackle this issue.

I have visited around 50 countries, and I always feel that the way of life and the messages of Pope Francis are very appealing to people, that people are motivated to react to the challenges from the Pope. I saw many parishes in different continents working on environmental issues, reviewing their way of economic life as a part of environmental conversion.

You served as Secretary of Caritas Japan for about ten years, and in that capacity, you were responsible for the distribution of relief goods after the earthquake and tsunami of 2011. What did that time teach you about the question of justice?

From my experience, it became so clear to me that the people who were poor and vulnerable before the disaster become poorer and more vulnerable after the disaster. They are the ones who suffer the most. Public help goes to the bigger group first, and not to the small communities such as the communities in remote islands. The Catholic Church must be sensitive to such a gap, and accompany the most vulnerable people.

Another important learning was that the local government and the bigger relief organizations are really good in distributing relief materials and other specific activities such as health care. The Catholic Church in Japan is small so we could not do the same, but we could accompany the cry and struggle of the people. Countless houses were hit by the tsunami and everything in their houses was contaminated with mud and debris. When the affected people, together with volunteers, cleaned up the houses, they worked hard and had the strength for that. But once their houses became clean, the fact that they had lost family members became a clear reality and they were hit with the sense of loss, which is unbearable pain, and people lost their strength. We, the Catholic Church, accompanied such people. Not just giving basic needs, cleaning up the houses, but accompanying people in their grief. The Catholic Church sees human persons from a holistic point of view, which includes mental and spiritual perspectives, and it is very important to have such a view in a time of disaster. The Catholic Church should be able to make volunteers available to accompany such people, spend time just to listen to their grief, and make financial backup available for such accompaniment.

Pope Francis has appointed you as a bishop in Japan. What do you wish to bring to this ministry, from your personal background?

When I was told about this appointment, I was so surprised! I have been a priest for 20 years, but worked in a parish for only 3 years in the beginning, as a parish priest. I really do not know about the work in a parish and in a diocese. So the first thing I have to do is to learn from the people, from fellow priests, the parishioners, laypeople, teachers in the catholic schools. Only after that, I can set my vision of a bishop. Apart from that, my experience in Rome has given me quite a lot of great inspirations about the Church. What I learned is the collaborative Church. Especially with the women. In that perspective, I experienced a lot of collaboration in Rome. I hope I can continue collaborating with laypeople, women, in different responsibilities. Another thing is, after my appointment was announced, I was told by many friends: “do not forget the poor”. As my role has been the Justice and Peace Coordinator (in my congregation), I really hope to continue working on this issue: “do not forget the poor” in this new responsibility.