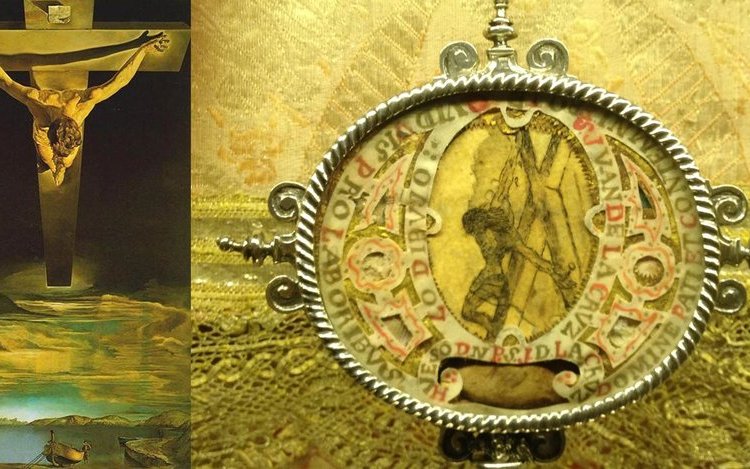 Visiting the Monastery of the Encarnación, we made a beautiful discovery...

St. John of the Cross’ Christ was the model for one of Salvador Dali’s most famous paintings, an oil on canvas created in 1951, 205 X 116 cm ; it can be found in the museum of Kelvingrove in Glasgow.

Dali found his inspiration in a mystical drawing that St. John of the Cross sketched around 1575, which is today preserved in the Monastery of the Encarnación in Ávila, and in an image of a circle within a triangle that he said had come to him in a dream.

According to Dali, this figure was like the center of an atom, and it resembled the drawing in the monastery, so he decided to use it for his painting.

Dali explained in this way : “First, in 1950, I had a ‘cosmic dream’ in which I saw an image in color that—in my dream—represented the core of an atom. This core took on a metaphysical sense. I considered it to represent the “unity of the universe,” the Christ ! Secondly, thanks to Carmelite Father Bruno, I saw the Christ that St. John of the Cross had drawn. I created a triangle and a circle, which aesthetically summarized all my previous experiences and I inscribed my Christ inside this triangle.”