Synod of Bishops on the theme “young people, the faith and vocational discernment” : Letter of invitation to engage in the preparatory dynamics of the Synod 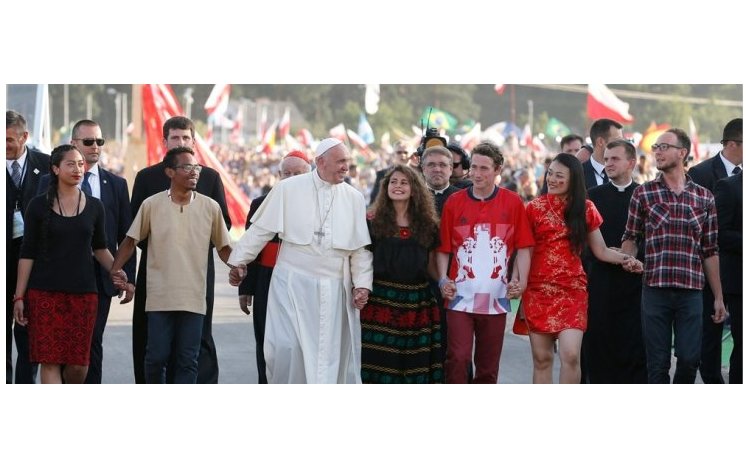 As you know, Pope Francis has convened a Synod of Bishops on the theme « Young people, the faith and vocational discernment ». It is to meet in October 2018. With this letter, addressing myself to the respective superiors, I would like to invite the whole Order, brothers, nuns, laity, sisters and members of the Dominican family to take part in the process of preparation of this Synod, thus responding to the Pope’s invitation to all young people (16 to 29 years) to prepare this Synod with him.

This letter is part of the perspective opened up by the conclusions of the Congress that closed the Jubilee (Rome, 18-21 January 2017 ; cf. Letter of25 March 20 17, Prot 50/17/225 Letters of the Order). The latter had in fact identified the theme of the worlds of young people as one of those which, in the dynamic of the renewal of the preaching mission of the Order, should be a priority and could be the opportunity to renew our preaching by strengthening collaboration within the Dominican Family.

The call for a synodal approach devoted to evangelization

The Synod of 2018 is part of the dynamic opened by the one dedicated to « the new evangelization and the transmission of the faith », after which Pope Francis promulgated the Apostolic Exhortation Evangelii Gaudium, followed by the two synods devoted to the theme of« The vocation and mission of the family in the Church and in the contemporary world ». This dynamic calls particularly for the attention of our Order, which is entirely devoted to the evangelization ofthe Word of God according to the terms of the bull of Pope Honorius III of 4 February 1221 .

That is why, as soon as the theme of the Synod was known, I requested an audience with Cardinal Baldisseri, Secretary General of the Synod of Bishops, which I attended with brother Orlando Rueda, socius for the Apostolic Life. This was the occasion for a first briefing about the preparation of this Synod, in which the Cardinal had told us that all were invited to participate, particularly young people themselves. Since then, the preparatory document has been published 1. During the presentation of this document to the press, this invitation to young people was strongly underlined : it is not just a matter of asking oneself how to accompany young people in the discernment of their choice of life in the light of the Gospel, but also to listen to their desires and the projects they have for their lives, at the same time as the difficulties they may encounter in their project to serve society in an active way. In his letter to young people, Pope Francis, citing the monastic Rule of Saint Benedict (Rule III, 3), recalled that this listening is part of the tradition of the Church and has a theological character.

Beyond the Christian dimension of its themes, the document insists on the fact that the aim of the Synod is to meet with all young people, believers and non-believers, close to the Church or not, insisting that all are called to live and to love, just as all are waiting for accompaniment in their choices about their lives.

At the May meeting of the General Council, General Promoters and the Coordinator of DSI (such a meeting is held on the occasion of each plenary session of the Council), we invited Mgr Fabio Fabene from the Permanent Secretariat of the Synod of Bishops who presented us with the process of preparation of the Synod, marked by three steps : listen to young people, interpret the facts from the point of view of discernment and vocation, open paths for moving forward together. Initially, the conferences of bishops and the conferences of religious were invited to respond to the questionnaire proposed in the preparatory document. In June, a web site will be opened, offering the possibility to young people themselves to take an active part in this « enquiry ». It is from all these responses that a working document will be drafted to constitute the basis of the Synod’s reflections.

During this meeting, Mgr Fabene stressed two topics on which, in his opinion, the Dominican tradition could especially make its contribution : identify what in the Gospel and in the tradition of the Church could attract the young people of today ; identify, from the richness and diversity of our apostolic or professional commitments in the world of young people, the means by which they can more easily be reached.