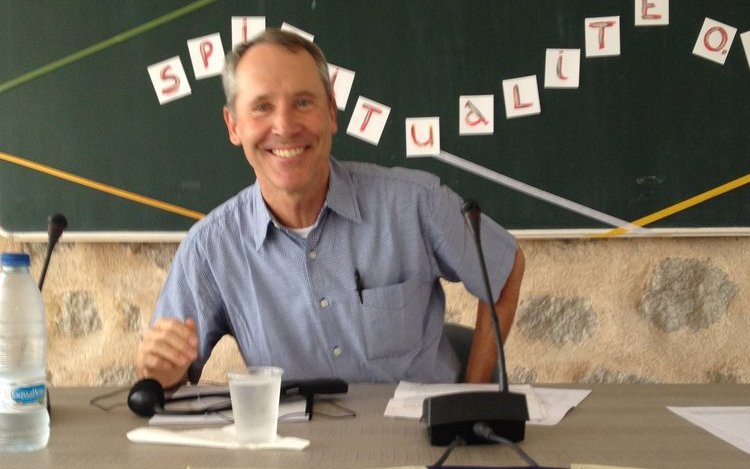 Today, Fr. Brian Pierce, op, led us in a close reading of the Message to the People of God on the Word of God by the Synod of Bishops on God’s Word in the life and in mission of the Church (October 24, 2008). His enthusiasm for the Message was apparent. In tandem with the reading of this document, he invited us to keep the text on the disciples of Emmaus (Luke 24) in mind : it is the Dominican passage par excellence—a story of people and the Word together on a journey !

The first paragraph of the Message (see Message to the People of God) displays the roots of the Order. « In the beginning, God said, ’Let there be light !’ And there was light. » « In the beginning was the Word... and the Word was God.... Through him all things came into being, not one thing came into being except through him. » (Gen. 1:1-3 ; Jn 1:1-3) In Jesus, the Word is made visible. Think of the moment when the disciples of Emmaus discover the identity of the person who was speaking to them during the meal. « Now while he was with them at table, he took the bread and said the blessing ; then he broke it and handed it to them. And their eyes were opened and they recognized him. » (Lk 24:30-31) The fifth paragraph of the Message tells us again that « Christian tradition has often paralleled the divine Word that becomes flesh with the same Word that becomes book.... the Bible is also in fact, ’flesh’ and ’letter’ ; its words are in particular languages and literary forms » that must be understood in their contexts and brought into the historical present as they are read. For this reason, we are called to enter the culture of our own time in order to discover the Word. To conclude, we reread chapter 4 of the Message, which is dedicated to the « ways of the Word and to mission. The shepherds did not remain in Bethlehem but rather left running...on the road to mission ! The Word leaves the Temple in order to meet the people in their search for justice and peace. » This calls us not to be silent, but to proclaim forcefully, as sentinels who break the silence of indifference : « Go forth from all nations ! »