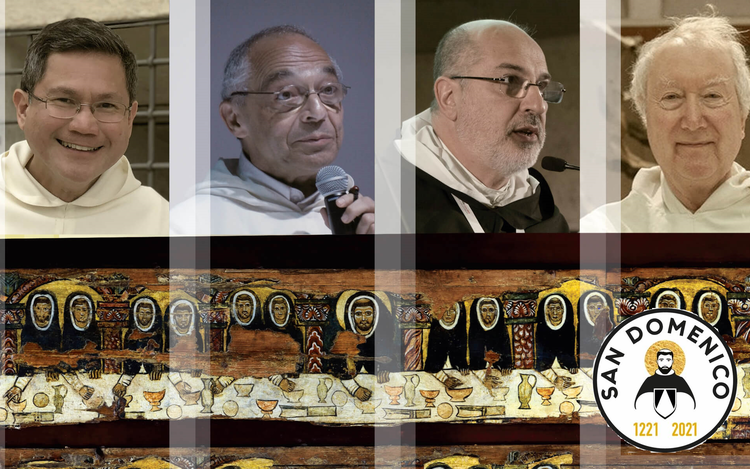 The General Chapter of the Order of Preachers : Structure of Communion and Mission

In Commemoration of the 8th Centenary of the First General Chapters of the Order (1220, 1221)

We have decided, the Holy Spirit and us… (Acts 15:28). This is a remarkable moment in the history of the Church. Faced with division, the Church takes a decision in an unprecedented way. James, leader of the Jerusalem community, pronounced this bold judgment, the first outcome of an arduous communal discernment of a nascent church, together with the apostles Peter and Paul, under the guidance of the Holy Spirit.

Prior to this pivotal moment, the apostles, under the leadership of Peter, cast lots to determine who will take the place of Judas Iscariot. They had clear criteria who to choose : “it is necessary that one who accompanied us the whole time the Lord Jesus came and went among us, beginning from the baptism of John until the day on which he was taken up from us, become with us a witness to his resurrection” (Acts 1:21-22). They prayed for guidance but when the time came to choose between Joseph and Matthias, they resorted to lots. Thus, the decision taken was not a result of an internal process of communal discernment but an impersonal and external act of divination of God’s will that is similar to the one used in the Old Testament : “and [Aaron] will cast lots to see which of the two must be of the Lord and which of Azazel” (Lev. 16:8). God remains transcendent and invisible, whose will is made known through an inanimate object, insulated, as it were, from the possibility of human manipulation and error in judgment.

How I wish to be spared from making difficult decisions ; if only our constitution allows for “drawing of lots” as a legitimate way for making decisions ! But the choice of Matthias is the last drawing of lots that we see in the New Testament. After Pentecost, decision-making radically changed due to the immanent presence of the Holy Spirit who takes an “active role” in the life of church. For this reason, the Acts of the Apostles is called by many biblical scholars as “Acts of the Holy Spirit”. In the so-called Council of Jerusalem, James, head of the Jerusalem community, pronounced his judgment : “For it seemed good to the Holy Spirit and to us to lay upon you no greater burden than these essentials” (Acts 15:28). An important decision is no longer made by an external divination of God’s will but by a communal process of intense dialogue and patient discernment under the guidance of the Holy Spirit to determine what is truly good for the community. For the “Spirit of truth who guides into all truth” (John 16:13) now “dwells in them” (1 Cor. 3:16). After Pentecost, the “apostolic manner” for making decisions, “in the presence of the Lord”, is communal discernment. Communicating the decision to the communities through a letter, then choosing and sending delegates to accompany the letter’s reception by the communities are integral to the entire process of making and implementing a communal decision (Acts 15:22-32).

St. Dominic celebrated the first General Chapters in 1220 and 1221 on the solemnity of Pentecost. If the brothers were to embrace the apostolic way of life, then they too must adapt the apostolic way for making decisions for the entire Order . The communitarian form of government (LCO VI) which Dominic gave to the Order is also a gift to the Church, for the mission of the Order is to help build the Church, the body of Christ.

Chapters – general, provincial, conventual – are instruments for building communion. They provide space for confronting challenges the brothers face, for seeking consensus on divisive matters, for discerning the best possible ways to serve the mission of the Order at a particular moment and place, and more importantly, for mutual listening and learning, as brothers.

Ignatius of Antioch, in his letter to the community in Ephesus, says that members of the Church are σύνοδοι, “companions on the way”, by virtue of the dignity of baptism and their friendship with Christ. We, Dominicans, are also synodoi, “itinerant companions”, brothers and sisters in-mission-together to preach the Word-incarnate. As we celebrate the culmination of the 800th anniversary of the first general chapters of the Order (1220, 2021) I have requested Brother Timothy, Fray Carlos and Frère Bruno to share their thoughts and reflections on their concrete experiences of the General Chapters in the Order, how General Chapters have become instruments of unity and communion, for the sake of the preaching mission of Order. As Masters of the Order, they have been, and continue to be “synodoi” , companions in the journey of the Order, in its “communal itinerancy”. As we read their reflections, we will find common fundamental insights, but the context and content of their experiences would be different, hence, the same, yet different.