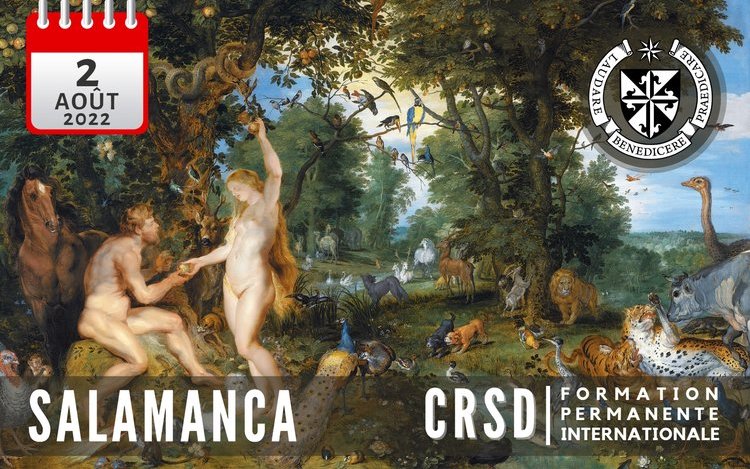 This morning we greeted the day with prayer sustained by the Word of God reminding us that we are to walk with goodness in our hearts since we are children of light, and nurtured with songs from Norway prepared by Sisters Katarina Pajchel and Sheeba Irudayam, members of the community in Oslo.

Coincidentally this was also the day when we learned at Mass that Sister Ysabel had just received from the Vatican the official, signed decree confirming the merger of their community, the Congregation of our Lady of Grace with the CRSD. A jubilant round of applause followed the announcement.

Today was also the feast of Blessed Joan of Aza (+ 1190), the mother of St. Dominic. Through the centuries, Joan has been for the Order of Preachers the model of a woman full of compassion for the poor, revealing to us an important way to proclaim the Gospel.

In our sessions with Sister Isabelle Le Bourgeois explored the topic of Incarnation, leading us to speak of ways to own our bodies which incarnate who we are as persons. We also dealt with the difficult topics of our vulnerability as wounded people bearing the possibility of being either the victims of abuse or abusers. The important question being raised was: “Who can we trust, who can we depend on, in a world of violence and false pretentions?” A possible answer is to remain in the presence of God who desires a deep relationship with us through the question: “ Where are you?” which God first addressed to Adam.

The theme presented by Sister Isabelle Le Bourgeois (Auxiliary Sister, psychoanalyst) on the challenges of reinventing religious life helped us to reflect on vulnerability and resistance.

Where do I come from? Who is the other?

Openness is an ongoing exercise, which forms the basis for healthy and authentic relationships and encounters. The realities that cross us are diverse: secularisation, different forms of abuse, social inequalities, the role of the Church, the place of women... The question is how does this world make me think? Are we leaving well from where we are? In order to reinvent something, we must discover the path of freedom, of otherness. You have to be able to recognise my good and bad resistances, learn to name them and welcome life.

The dynamic of reinvention is a life-long task.