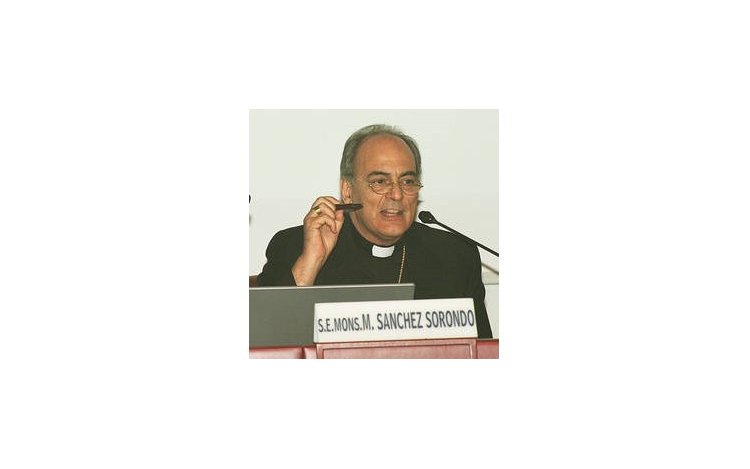 (Vatican Radio) A press conference was held in the Holy See Press Office to discuss two meetings taking place in the Vatican next week on climate change, human trafficking, and sustainable development.

The meetings will bring together mayors from around the world, to discuss how cities can help contribute to the solution of some of these problems facing humanity.

The Pontifical Academy of Social Sciences will host the workshop “Modern Slavery and Climate Change: the Commitment of the Cities” and the symposium “Prosperity, People, and Planet: Achieving Sustainable Development in Our Cities” in the Vatican’s Casina Pio IV on 21 - 22 July 2015, for the first time bringing a group of international mayors to the Vatican.

The Chancellor of the Academy, Bishop Marcelo Sánchez Sorondo, said the climate crisis and modern slavery were “interconnected emergencies,” stating that “although the poor and the excluded have the least effect on climate change… they are the most exposed to the terrible threat posed by human-induced climate disruption.”

Bishop Sánchez said in this fundamental moral context, cities and their mayors play a key role.

“Currently, most of humanity is concentrated in formal and informal urban settlements and this trend is set to increase,” he said.

“We intend for the mayors to commit to promoting the empowerment of the poor and of those who live in vulnerable conditions in our cities and in our urban settlements, reducing their exposure to extreme weather events caused by radical environmental, economic and social instabilities, which create fertile ground for forced migration and human trafficking,” he said.