Week of Prayer for Christian Unity : the booklet to accompany the prayer 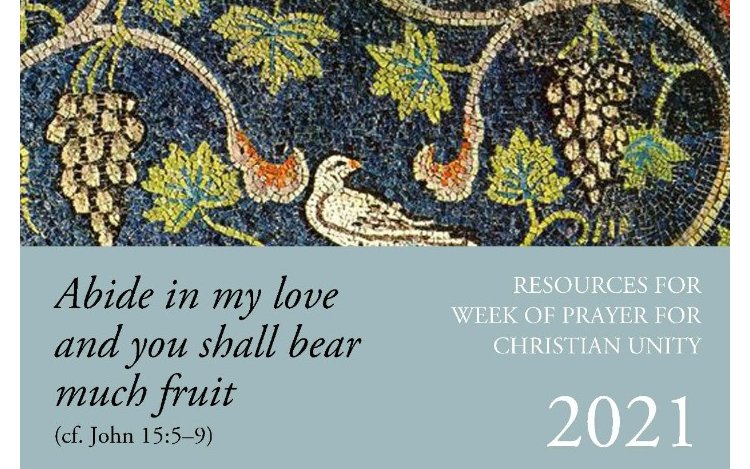 As in other years, the Week of Prayer for Christian Unity will be celebrated in Rome, from 18-25 January.

To those organizing the Week of Prayer for Christian Unity

The search for unity : throughout the year The traditional period in the northern hemisphere for the Week of Prayer for Christian Unity is 18-25 January. Those dates were proposed in 1908 by Paul Wattson to cover the days between the feasts of St Peter and St Paul, and therefore have a symbolic significance. In the southern hemisphere where January is a vacation time churches often find other days to celebrate the week of prayer, for example around Pentecost (suggested by the Faith and Order movement in 1926), which is also a symbolic date for the unity of the Church.

Mindful of the need for flexibility, we invite you to use this material throughout the whole year to express the degree of communion which the churches have already reached, and to pray together for that full unity which is Christ’s will.

Adapting the text This material is offered with the understanding that, whenever possible, it will be adapted for use in local situations. Account should be taken of local liturgical and devotional practice, and of the whole social and cultural context. Such adaptation should ideally take place ecumenically. In some places ecumenical structures are already set up for adapting the material ; in other places, we hope that the need to adapt it will be a stimulus to creating such structures.

Using the Week of Prayer material ● For churches and Christian communities which observe the week of prayer together through a single common service, an order for an ecumenical worship service is provided. ● Churches and Christian communities may also incorporate material from the week of prayer into their own services. Prayers from the ecumenical worship service, the “eight days”, and the selection of additional prayers can be used as appropriate in their own setting. ● Communities which observe the week of prayer in their worship for each day during the week may draw material for these services from the “eight days”. ● Those wishing to undertake bible studies on the week of prayer theme can use as a basis the biblical texts and reflections given in the eight days. Each day the discussions can lead to a closing period of intercessory prayer. ● Those who wish to pray privately may find the material helpful for focusing their prayer intentions. They can be mindful that they are in communion with others praying all around the world for the greater visible unity of Christ’s Church.