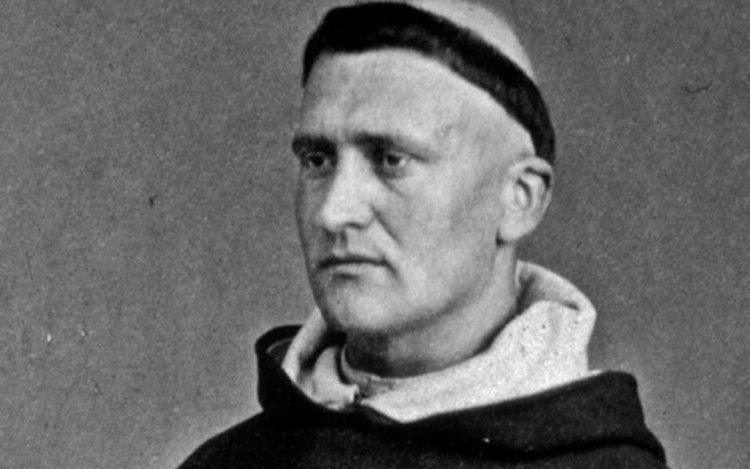 Dominican and founder of the Dominican Sisters of Bethany. He was declared venerable on June 1, 2007. He was beatified on June 3, 2012 in Besançon. His feast is celebrated September 5.

Alcide Lataste was born in France, in Cadillac in the Gironde, on 4 September 1832. After secondary school, he worked for a few years as a tax controller in different towns in the south of France: Privas, Pau and Nérac. These years were an opportunity for him to discover, as a member of the Conferences of Saint Vincent de Paul founded by Blessed Frédéric Ozanam, a fraternal life turned towards the poorest and marked by common prayer and the Eucharist. At the age of twenty-five, impressed by Father Lacordaire, Alcide Lataste entered the Dominican novitiate in Flavigny on 4 November 1857.

His first years as a Dominican were marked by illness, which kept him somewhat apart from the other friars and their activities. In 1860, at the priory of Saint-Maximin, he had a profound spiritual experience during the transfer of the relics of Saint Mary Magdalene. “Kissing this once debased but now sacred head, I said to myself: it is thus true that the greatest sinners have in them what makes for the greatest saints; who knows if they will not one day become such…”. At the end of his studies, he was ordained priest on 8 February 1863, and assigned to the priory of Bordeaux.

In September 1864, he was sent to preach a retreat to the inmates of the prison in Cadillac, his hometown. In spite of all that he had heard in his youth about these women and their crimes, he addressed them from the very first day as “my dear sisters”, insisting on this bond of fraternity in Christ that united him to his listeners. The preacher was surprised to see that many of the inmates were leading a life of prayer and wished to give themselves to God. Praying with them before the Blessed Sacrament, he conceived – or rather, in his own words, he received from God – the idea of opening to them the doors to a Dominican contemplative religious life.

Before taking up his office as Master of the student friars, he returned for a second retreat at Cadillac in September 1865; there he met again with the inmates who had remained faithful to the spiritual guidance he had given them: offering to God their daily life after the manner of nuns, albeit in prison. At the conclusion of this retreat, he preached with enthusiasm: “Here have I seen marvels!” He drew a parallel with the same expression used by Catherine of Siena at the end of her ecstasies. It was not in ecstasy but in prison that he saw marvels, hearing the confessions of the inmates and praying with them.

From then on, he became more directly involved in the realisation of the ideas that had germinated in him the previous year. In March 1866, he published a pamphlet, Les réhabilitées (Rehabilitated Women), which he distributed especially to elected politicians and to many journalists in an attempt to change public opinion regarding women leaving prison. The projected foundation of the House of Bethany was presented as a sign intended to shift mentalities on this point.

With the help of Mother Henri-Dominique, who very quickly committed herself alongside him in this utopian project, Father Lataste was able to found the House of Bethany on 14 August 1866. This new community very quickly experienced great difficulties, especially because of the reactions of rejection and mistrust that it received from among those already in religious life. Father Lataste devoted himself wholeheartedly to the service of his “dear sisters”. Meanwhile he continued his preaching activity, but this was soon jeopardised by the pulmonary tuberculosis which he contracted in Lent 1868. He died on 10 March 1869 in the House of Bethany at Frasnes-le-Château (Haute-Saône). His body was transferred the following year when the convent of the Sisters of Bethany moved to Montferrand-le-Château. From the beginning, his tomb was the object of constant devotion. Prayer intentions, and even letters addressed to him, are still deposited there today.

Among the signs of the fruitfulness of Blessed Jean-Joseph Lataste’s example and preaching, we should particularly mention the existence of Lay Dominican fraternities that bring together in one community both prisoners and people from outside. The first of these, the fraternity of Our Lady of Mercy, was born in Norfolk MA prison in the United States in 1998.

A canonical process was opened in 1937, which led to the beatification of Father Lataste in 2012. An unexplained cure is presently being studied by the Congregation for the Causes of Saints with a view to his canonisation.