Italo-Switzerland: sisters in the footsteps of St Dominic 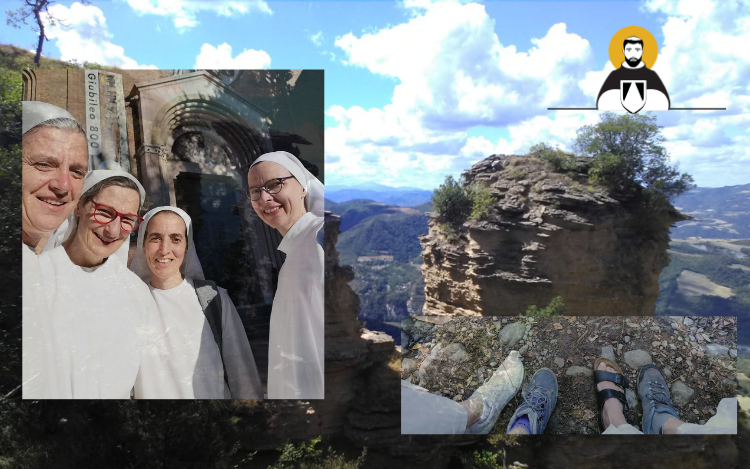 Travelling is a characteristic aspect of every Christian’s experience of life and faith. But it was so in a very special way for St. Dominic, who even made it one of his characteristic nine ways of prayer.

Encouraged by his example, our sisters of the provincial governance set out and on August 29-30 they walked a stretch of what the dominican sources give us as the last trip of Dominic before going to heaven, 800 years ago.

An itinerary rich in history and beauty, along the so-called Via degli Dei (“Road of the Gods”), an ancient military road that connected Florence to Bologna, through landscapes and plateaus of delicate splendour.

The arrival at the Basilica of St. Dominic in Bologna, the prayer on his tomb and the Eucharist celebrated in his chamber concluded this pilgrimage commemorating the Dominican Jubilee, in the joy of the meeting with the friars of Bologna.

May our brother Dominic guide each of us on the paths of fraternity lived on a daily basis and inspire us with the daring of new paths.

Here is the pilgrimage in a few pictures.